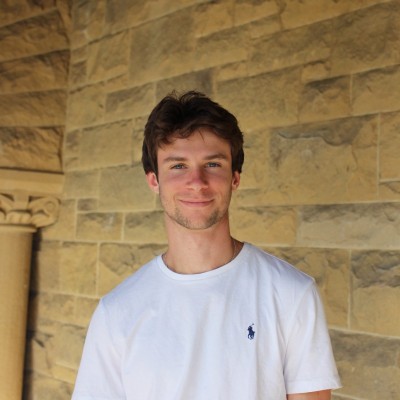 I am taking time off from Stanford to pursue Curious Cardinals, chasing my dreams to not only help middle and high school students discover and pursue their passions, but also to provide college students with a platform to provide mentorship. After teaching my first workshop on the future of aviation to high school students at the start of the pandemic, I mobilized my most ambitious peers at Stanford and beyond to share topics they were passionate about to K-12 students. Since then, Curious Cardinals has featured on CNN and in Forbes highlighting our vision to create a community of lifelong learners and doers. After a year of bootstrapping the business to $600k+ of annual revenues, Curious Cardinals has now raised $6.8 million in seed funding and employs a team of 12, including experience designers, software engineers, marketers, and educators. I was recognized in the 2022 Forbes 30 Under 30 Education and Youngest category. Prior to starting Curious Cardinals, I was pursuing a major in Aerospace Engineering with a minor in Computer Science at Stanford University. In 2019, I graduated with a GPA in the top 1% at Harvard Westlake while juggling various extracurricular activities ranging from aviation to soccer. In my junior year of high school, I won an $8,000 grant to start Soles4Good, a social microenterprise that sources and provides shoes to Senegal’s street youth. I also received my pilot license in high school and served as captain of the Harvard-Westlake school varsity soccer team. At Stanford, I won awards from Nasa for a satellite I designed and worked for Stanford’s GPS Lab and Lockheed Martin as one of the only undergraduate researchers. When I am not working or speaking to Curious Cardinals students, mentors, or parents, I love watching soccer (Liverpool), running while listening to podcasts, reading, or spending time with friends!

Book a consultation call with Alec

What piece of advice would you give parents with unengaged students?

All students have interests, whether it’s sports or video games. Validate their interests and feed their curiosity. Interested in video games? Design and code a game. Interested in sports? Learn sports analytics. By giving students agency over what they learn, they shift from being passive learners to active thinkers, engagers, creators, and agents of the change they want to see in the world.

At the beginning of the pandemic, I began working with a very disengaged 6th grader on math. He was really struggling to see the meaning of the math he was learning at school, and his mom was desperate to find something that would get him off of Tik Tok. After our second lesson, the student told his mom that he wanted to be a rocket-scientist. Bang! That was the hook. All of the math problems I created from then on were around physics and space. “Richie, if you want to be a rocket-scientist, you need to learn the basics first.” Richie went on to build a drone, learn computer science, and take an astrophysics guided exploration with various mentors. By feeding his passions, we were able to change Richie’s trajectory.

Also, surround your teenager with impressive people that they look up to. No matter how impressive or successful you are as a parent, your kids will always see you as, well, their parent. That is why it is important to have a diverse set of interesting and successful friends. I learned so much as a kid in intellectual dinner discussions when my parents invited friends over for dinner. Stuart, a parent in the bay area, used to host Stanford students for Shabbat dinner every month, exposing his kids to college students who his kids admired and thought were not just smart, but also cool!

Give your student agency over whom they learn from. At school, kids are never able to choose their teacher. That doesn’t make sense because the relationship you foster with your teacher is everything. When I was younger, if I didn’t like my teacher, the class they taught would become my least favorite subject. Empower your student to learn from mentors they see themselves in and admire.

What was the most surprising part of the college experience for you?

Most college students don’t know what they want to do or what they want to study when they arrive. They may have some ideas based on what they are good at and interested in. I was pretty determined on studying aerospace engineering as soon as I arrived at Stanford. How did I figure that out? I knew that I was good at math and physics and I was interested in airplanes. I also wanted to challenge myself with a difficult and unique major. I didn’t think too deeply about how this decision would impact my future. But, I did think that studying something challenging and interesting would give me a framework to solve difficult problems and thus prepare me for various career paths. As soon as I made up my mind on my major, I started taking the required classes to get the basic knowledge needed to take the more interesting elective classes. I started getting involved in clubs that were aligned with the aerospace major (ie solar car, the space initiative, GPS research, etc). I wanted to choose my major quickly so I could get ahead and go deep and start differentiating myself for internships and career opportunities. As soon as I made my mind up on what I wanted to do, I did not question the “why” much.

I was surprised when I realized that college is not about what you learn but more so how you approach learning. College is about creating habits and processes. How do you approach problems or conflict? When do you say no to an opportunity? Why did you make that decision?

College is full of stimulants. Club and career fairs are overwhelming. There are so many options and your friends are pulling you in different directions. It is necessary to have options to make good decisions but when there are too many options, it is difficult. It’s like ordering from Cheesecake Factory menu.

There is an internal conflict of wanting to have a breadth of experiences to figure out what you actually want to do and going deep in certain areas to build skills and knowledge that will be appealing to a future employer. How do you choose? What do you prioritize?

Why is passion so important as it pertains to learning?

Andrew Ng, founder of Coursera and Google Brain, said the following in an interview, which really resonated with me:

If you are passionate about driving your car, it doesn't necessarily mean you should aspire to be a race car driver. In real life, "follow your passion" actually gets amended to, "Follow your passion of all the things that happen to be a major at the university you're attending." But often, you first become good at something, and then you become passionate about it. And I think most people can become good at almost anything. So when I think about what to do with my own life, what I want to work on, I look at two criteria. The first is whether it's an opportunity to learn. Does the work on this project allow me to learn new and interesting and useful things? The second is the potential impact. The world has an infinite supply of interesting problems. The world also has an infinite supply of important problems. I would love for people to focus on the ladder.

When hiring at Curious Cardinals, after gauging for if a candidate meets the qualifications and has the skills to excel in their role, I try to understand them as a person. How did they approach key transitions in their career? Were they intentional? What were they trying to learn? What problems were important to them? Looking backwards, do the past experiences in their life connect? Is working at Curious Cardinals in line with their narrative? Can they learn from this experience? Does the candidate find the problems we are facing as a company important, or just interesting?

It is important to not just have depth in one passion, but also breath. Many advances in sciences and business happen when people bring different fields together, when people see novel connections between fields that maybe hadn’t been seen before. Instead of thinking of your career as an opportunity to follow your passion, you should think of life as a series of opportunities to develop several passions.

What kind of impact would you like Curious Cardinals to have?

Curious Cardinals exists because every child deserves to explore their passions and discover what makes them feel most fulfilled in life.

I hope that Curious Cardinals becomes “the passion place”, embedding itself in the social infrastructure of the world - how students discover, pursue, and dream.

The problem we are solving is that school is no longer relevant to students - so, we are starting with mentorship on topics ranging from aerospace engineering to cosmetic chemistry, but working to redefine the education model for K-12 students as our longer term vision.

Our team and every decision that it makes is aligned with a mission of addressing inequity, reducing disengagement in the classroom, and supporting diversity and inclusion in education.

Our remote-learning solution leverages technology to create unprecedented accessibility to quality education by bringing the knowledge and expertise of our impressive and passionate team of college mentors directly to students in the comfort of their home.

Our mentorship model and the utilization of college students reduces disengagement by showing students why learning is valuable, the pathways to success, and real-life examples of older students that may have started from the same place as them. Students fall out of touch and become apathetic when there is no clear reason behind their studies, or if their end goals seem unachievable, which creates entire generations of unsatisfied students feeling let down by their education. One-on-one mentorship reignites a love for learning and supports students in a way that group settings cannot.

Our commitment to diversity and inclusion creates a welcoming environment, free of judgement and filled with representation so that all students can feel celebrated and respected. The greater disparities and lack of diversity in educational spaces can alienate students from different backgrounds and rob them of their confidence. Curious Cardinals was built, not just to teach students, but to help them grow into whatever they aspire to be, using education as a stepping stone. 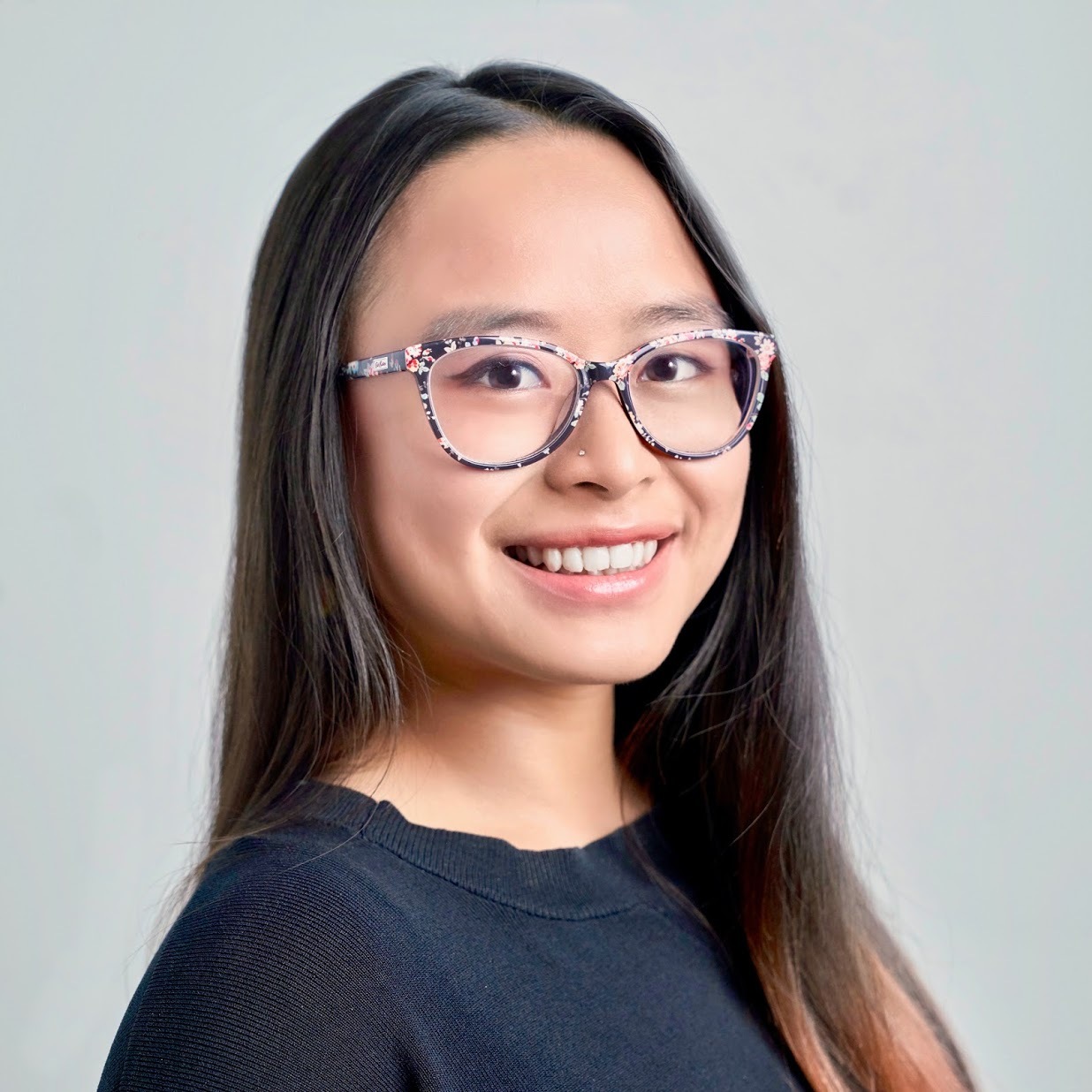 Head of Learning Design
Get to know Lucy Chen
have questions?
book a call
what we believe
read our manifesto
our diversity is our strength
join our community

©2022 curious cardinals, inc. made with ❤️ in california. all rights reserved.